One of our employees shared the following story about a company he worked with in the beginning of his career.

“When I started selling tape years ago, the first type of tape I sold was carton sealing or box tape.  I remember going into a large warehouse and talking about the tape they were using to seal the boxes going out the door every day.

The gentleman with whom I was speaking was very opinionated about the type of tape used there.  I was very new to the industrial packaging industry and found this to be a good place to learn a thing or two about tape.  He had many names for the tapes he had tested, one of my favorites was, “hundred miles an hour tape”.  This was a reference he used to describe a tape that unwound from itself too quickly.  This was a tape he did not enjoy using.”

These are all interesting questions. Simply stated, tape is made to stick to stuff.  So why are we able to unwind the tape off of itself?  The back side of the tape, or the part that does not have adhesive, is called the backing.  The top side of the backing actually has a release agent on it to allow the tape to come off of the backing.  The adhesive, backing, and a few other factors determine how easily one can unwind a roll of tape.  It really has no real effect on the adhesive, thus it will not tell you how well the tape is going to stick to whatever it is you want it to stick to.

A more difficult and technical question to answer is: why does one tape feel stickier than another?  There are 3 factors that are considered when a tape is made including adhesion, cohesion, and tack.

Adhesion can be defined as the attraction between the adhesive itself and the surface it is sticking to.  Cohesion is the inner strength of the adhesive.  Tack is how sticky the tape feels, or how well the tape sticks onto the surface on initial contact.

Generally speaking, acrylic based adhesives do not feel as sticky to the touch as rubber adhesives.  Acrylic adhesives will actually gain some holding power as they sit.  This can take hours or even up to 3 days depending on the adhesive.  If you had some pure acrylic adhesive laying around and picked it up to feel it, it hardly has any real tack to it. But if you let that same adhesive set up for a while…good luck removing it!

So, when you are looking to use tape, do not be too quick to judge the tape based on how sticky it feels to the finger.  You may find that the one you found to be super sticky failed and the one you felt had very little tack rose to the top and became very permanent.

Ready to find solutions for your custom tape needs? Contact us! 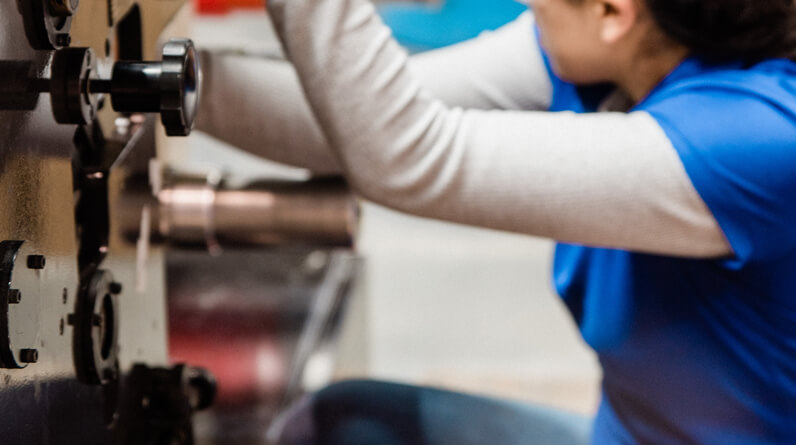